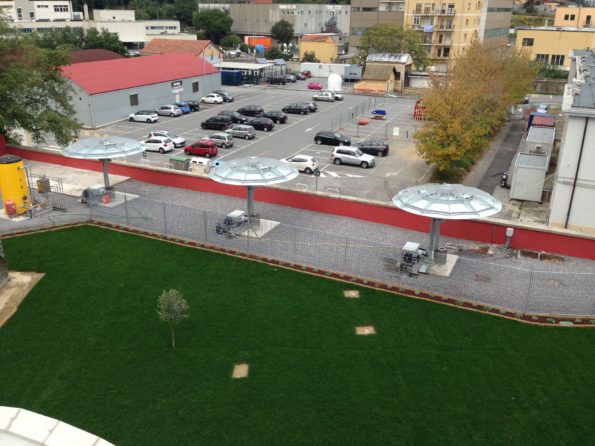 The need for more efficient and reliable transmission and distribution networks where to integrate an always increasing share of renewable source power plants paves the way for the new Smart Grid concept. Smart Grids are modern “active” grids designed to gather and exchange both information and energy. Among Smart Grid solutions, Microgrids are considered to be ones of the most interesting applications of this new concept. They can be defined as localized aggregations of generating units (from renewable or traditional sources), consumption as well as storage (electrical and thermal) related to a restricted area. In this context a pilot project, the so called Smart Polygeneration Microgrid, has been developed by the University of Genoa, which has been awarded the European Electricity Grid Initiative EEGI Label, an important sustainability acknowledgement at international level. The SPM purpose is to efficiently and economically manage energy produced and distributed within the Campus, optimizing contributions coming from renewable sources. The SPM is equipped with a monitoring system for the electrical and thermal/mechanical grid, in charge of checking the functional status of all the grid’s elements and informing in case of problems or breakdowns. The SPM also includes a control and optimization system allowing consumptions’ forecasts, operations’ planning and real time control of the grid exchange, by regulating generation and consumption units.

SPM includes: a photovoltaic plant, three solar thermodynamics dishes, three cogenerating micro-turbines, two natural gas boilers, a refrigerating and absorbing plant, two electrochemical/thermal storages. Among SPM electrical loads, also some charging units for electro-mobility are included. These are connected to an E-car Operation Center platform and allow both G2V and V2G. Besides this, inside the Campus area a district heating system has been installed to satisfy the heating request. This is supported by micro-turbines and boilers thermal production, supervised by an EMS (Energy Management System) developed by the University of Genoa.