The Smart Energy Building (SEB) is an important and innovative action within the Smart City & Sustainable Energy areas. It was designed by the University of Genoa to be an innovative and high performance building to meet goals of zero carbon emissions, energy and water efficiency and building automation. 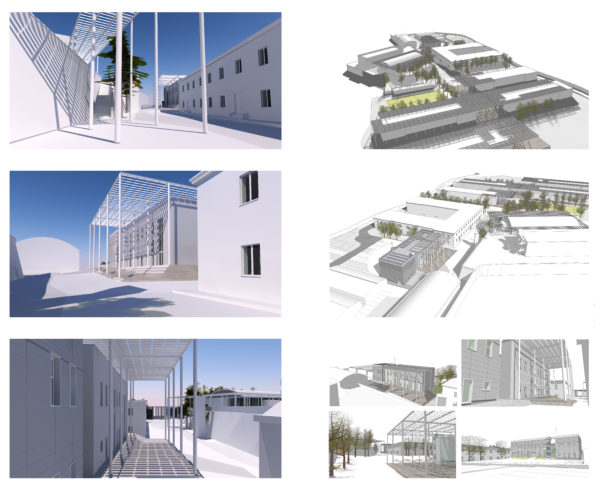 The peculiarity of this Zero Emissions Building, which connotes it as the first “Smart City” urban infrastructure in Italy, is the real-time interaction between the SEB and the SPM (Smart Polygeneration Microgrid), the intelligent microgrid that provides electrical and thermal energy to the Campus loads. This connection, granted by the BMS (Building Management System) of the SEB and the EMS (Energy Management System) of the SPM, allow the SEB to be an “Energy Prosumer”, which is able to produce energy (thermal and electrical) for its own and, in case of need, to recall energy from the SPM . The energy consumptions of the building and the energy production of its generation units are monitored in real-time in order to evaluate the environmental and economic benefits, through suitable KPIs. 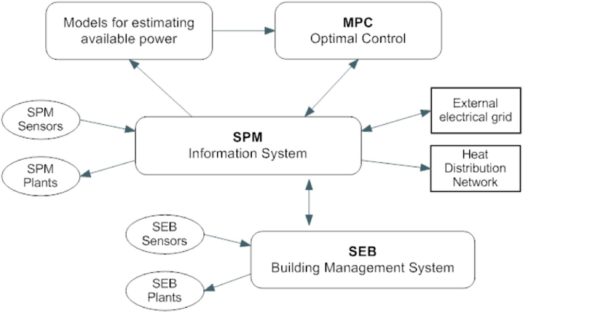 The building, in operation since February 2017 at Savona Campus, has two levels covering a total area of 1000 m2 and it is heated and cooled only by geothermal energy coming from the soil and electrically powered by photovoltaics and storages. In particular, SEB is characterized by the presence of:

The SEB acts as a Living Lab allowing research and investigation of current and future sustainable energy technologies. The Italian Distribution System Operator (DSO), ENEL S.p.A., shares the facility, working with Savona Campus researchers to test Smart City technologies in order to create a springboard for their development and widespread implementation.